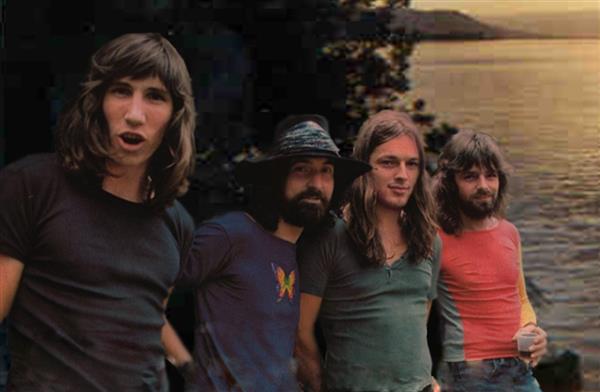 By condensing the sonic explorations of Meddle to actual songs and adding a lush, immaculate production to their trippiest instrumental sections, Pink Floyd inadvertently designed their commercial breakthrough with Dark Side of the Moon.

The primary revelation of Dark Side of the Moon is what a little focus does for the band. Roger Waters wrote a series of songs about mundane, everyday details which aren't that impressive by themselves, but when given the sonic backdrop of Floyd's slow, atmospheric soundscapes and carefully placed sound effects, they achieve an emotional resonance.

But what gives the album true power is the subtly textured music, which evolves from ponderous, neo-psychedelic art rock to jazz fusion and blues-rock before turning back to psychedelia. It's dense with detail, but leisurely paced, creating its own dark, haunting world.

Pink Floyd may have better albums than Dark Side of the Moon, but no other record defines them quite as well as this one.

Click here for the whole countdown or listen to the Dark Side of the Moon Live below:

See who are our lucky winners here!